Is San Jose Safe? | Best San Jose Neighborhoods | Where We Found Our Data 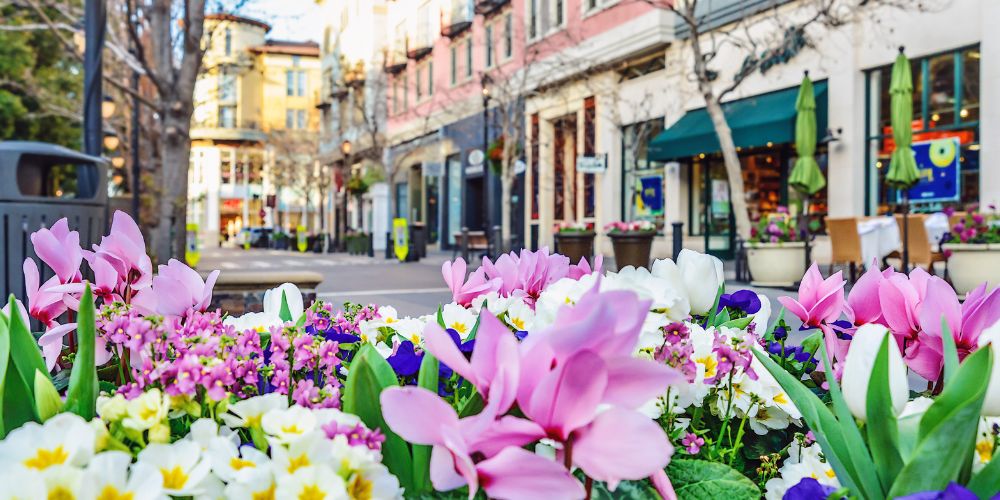 San Jose is informally known as the capital of Silicon Valley, thanks to its close proximity to companies like Apple and Google. All those tech workers’ salaries have pushed home values to $1.4 million, around four times the national average.

That said, San Jose has a lot to love. It’s close to the Pacific Ocean and nestled at the foot of the Santa Cruz Mountains. There’s everything from hiking trails and farmers markets to upscale boutiques. And Yosemite National Park, Napa Valley, and Lake Tahoe are all within a few hours. There’s also the mild Northern California weather: San Jose averages over 300 days of sunshine a year.

So what are the best neighborhoods in San Jose? We’ll cover the ten best San Jose neighborhoods (in no particular order) in detail below, with data to explain why we picked them. Learn more about where we found our data.

If you’re considering moving to San Jose, you’ll need an experienced local real estate agent to help you figure out which neighborhood is right for you. That’s why we’ve partnered with Clever Real Estate.

Clever can connect you with top agents in San Jose from major brokerages like Keller Williams, RE/MAX, and more. And in California, you’ll get up to 0.5% cash back after closing on a house, just for using a Clever agent. On a million-dollar home, that’s $5,000 back in your pocket.

The housing market in San Jose isn’t known for being cheap, so any bit of cash back can help!

Compared to its neighbors, San Jose’s crime rate is roughly on par with Los Angeles, and while it’s slightly safer than the state capital, Sacramento, it experiences significantly more crime than San Diego to the south. Still, crime in San Jose has trended gently downwards over the previous decade.

The Alameda: Best For Historic Charm

The neighborhood’s backbone and namesake is the Alameda, the historic tree-lined boulevard that a Spanish missionary built in 1795. The Alameda was home to many wealthy families in the late 19th century, and many of their well-preserved mansions can still be found here. The neighborhood is known for having excellent examples of traditional California architecture.

Today, the neighborhood’s well known for its eclectic dining options, from various breweries and vineyards, to bakeries and sushi restaurants. The Alamada is also extremely walkable with decent public transit, which makes it a favorite of young professionals and young families alike.

Although Almaden Valley has a lot to offer everyone, it’s widely acknowledged as the very best neighborhood in San Jose for families, as it has top-notch schools (both public and private), many parks and green spaces, and great safety ratings. But it does come with a price tag.

Settled between the Santa Teresa Hills and the Santa Cruz Mountains, Almaden Valley also features a lot of historic homes, which accounts for the high average home value ($1,906,167 for a typical home) and high monthly rental rates ($4,250 is the median). It’s by far the most expensive neighborhood on our list.

The more than 4,000 acre Almaden Quicksilver County Park is a special highlight, as it’s one of the best spots in the area for hiking trails, nature walks, picnics, and any other kind of outdoor recreation you can think of.

This East San Jose neighborhood is one of the main Latino enclaves in the city, and it’s a great mix of diversity, affordability, and amenities of all kinds. Alum Rock has the most affordable housing on our list, with the lowest rental rates and the second-lowest typical home value.

But besides all these firsts and superlatives, Alum Rock also offers a great everyday quality of life. With solid schools, relative affordability, and a new inventory of single-family homes, it’s an excellent choice for anyone, but especially young families or young professionals looking for an active, laid-back lifestyle.

Downtown San Jose is a top choice for young professionals and renters who want close proximity to nightlife, music venues, sports arenas, and dining. For people planning on buying a house in San Jose, Downtown has the lowest typical home value of the neighborhoods on our list.

Downtown features breweries, street fairs, bars, and over 250 restaurants, so there’s always something to do. It also makes for an exceptionally short commute for the many young tech employees who live here — a big draw for daily commuters.

The hustle and bustle of Downtown San Jose, along with the fact that the majority of the housing here are rentals, makes it ideal for early-career professionals who want to be where the action is.

This cozy East San Jose neighborhood has tremendous appeals to families, as it has an intimate village-style vibe, decent walkability, a ton of green space, and good schools. In fact, it’s an all-around decent place for anyone, especially with home values and rental prices that are on the lower end for the area.

The heart of Evergreen is the Evergreen Village Square, a pedestrian-friendly town center offering great dining and shopping, as well as space for public gathering and socializing. The neighborhood also boasts at least eight parks, great golfing options, as well as immediate access to Lake Cunningham.

Rose Garden is known mainly for two things: its historic architecture and the eponymous San Jose Municipal Rose Garden. Living in Rose Garden is pricey, but the neighborhood is also very quiet and safe — making it perfect for families or retirees.

There are beautiful Victorian homes in Rose Garden that date back to the 1860s, as well as well-preserved homes in the Norman, Tudor, Cotswold, and bungalow style. On some stretches, the neighborhood is a virtual museum of nineteenth- and twentieth-century California architecture.

The heart of the neighborhood is the San Jose Municipal Rose Garden, a city-owned 5.5-acre rose garden with 3,500 rose bushes. It makes for one of the nicest evening strolls in San Jose, especially when the roses are blooming. The neighborhood also contains Rosicrucian Park and the well-regarded Rosicrucian Egyptian Museum.

Rose Garden is also home to Santa Clara University, with all the amenities of a university town.

Santana Row is sometimes known as the Rodeo Drive of Silicon Valley, which both summarizes and understates its charm.

But away from the main strip, it’s a sedate residential neighborhood with some of the best schools in the area and a community-oriented vibe. There’s a weekly farmer’s market and outdoor music performances in the summer.

Most residents are older, and with a typical home value of $1.5 million, it’s on the pricey end of things, so it’s probably a good fit for families and late-career professionals.

This sedate, upscale bedroom community offers large, private homes that are ideal for professionals who work nearby and want peace and quiet at home.

Silver Creek has more of a suburban feel, as evidenced by its low walkability score; residents tend to drive everywhere, and there isn’t much urban infrastructure in this neighborhood.

Because it’s a high-priced, private neighborhood, Silver Creek has been popular with professional athletes who are willing to pay a premium to be left alone. For similar reasons, Silver Creek is also popular with retirees. Although the houses are expensive, they are fairly typical for the San Jose area, with generally bigger houses and lots for the same price.

West San Jose is one of the most well-rounded neighborhoods in San Jose because it has something to offer everyone, along with a fantastic walkability score, the highest transit score on our list, and the highest-rated schools in the San Jose area.

The neighborhood has top-notch shopping (the Westgate Center), famous San Jose landmarks (the Winchester Mystery House), excellent green space (Calabazas Park), and a dining scene that offers everything from upscale sushi in Japantown to a falafel drive-in that was featured on Guy Fieri’s show.

Add a flourishing nightlife scene to all that, and you have a neighborhood that’s very popular with young professionals. Due to its location on the west side of the city, it’s also very close to I-280, so you can get in and out of town fast.

Willow Glen is a popular neighborhood for families for a ton of different reasons — its cozy, small-town vibe, its excellent walkability, its great safety rating, its very good schools (both public and private), and its tree-lined streets are just a few of them.

Willow Glen is also known for its picturesque downtown, which offers great shopping, dining, and nightlife. Like other top-tier San Jose neighborhoods, Willow Glen also features original Victorian-style homes and classic bungalows, which is a big factor in the neighborhood’s overall priciness.

🙌 The Easiest Way to Get Cash Back After Closing!

Did you know 41 states and Washington D.C. allow cash rebates for home buyers? Our friends at Clever can match you with trusted local real estate agents and help you get 0.5% cash back.

You can spend your money any way you'd like — no questions asked!

Frequently Asked Questions About the Best Neighborhoods in San Jose

San Jose is moderately safe compared to other places in California. There is a lot of property theft and violent crime, but fairly low murder rates. It is about as safe as Los Angeles and much safer than Sacramento. Check out our list of the best neighborhoods in San Jose.

Is San Jose a good place to live?

San Jose is a great place to live, if you can afford it. It has great schools, all kinds of beautiful architecture, great food, sunny weather, and tons of recreation options for everyone. The typical house prices are usually over $1 million, and monthly rental rates are usually over $2,000. Check out our list of the best neighborhoods in San Jose.