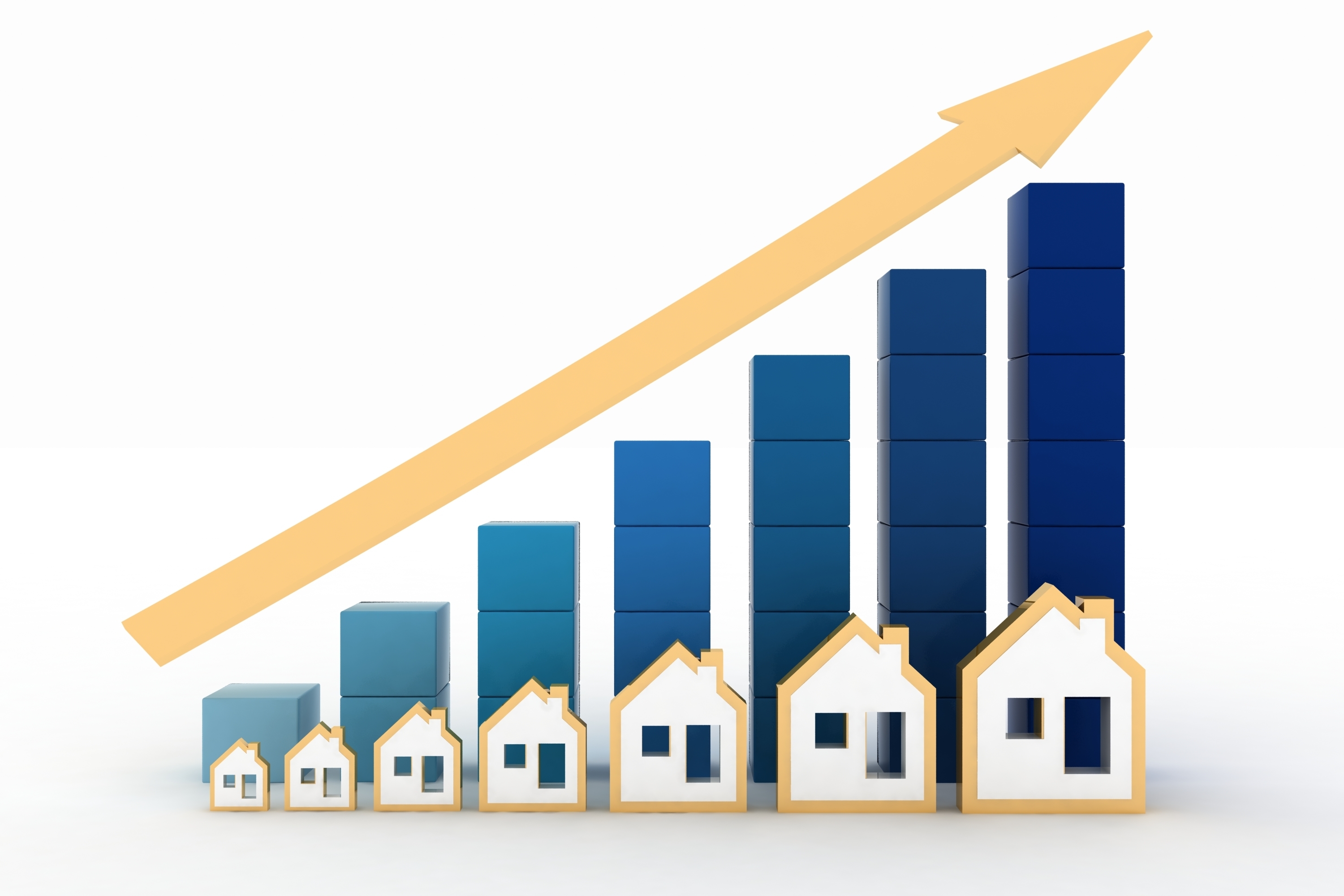 After hitting the highest annual rate since December 1981, inflation is still steadily on the rise — increasing 0.5% between May and June to 9.1%.[1] Americans are feeling the crunch on their pocketbooks, and it's affecting how they approach not only their everyday lives but their futures as homeowners.[2]

The overall price of goods in America has risen 224% since 1980. As a result, home buyers are looking to maximize their purchasing power by examining just how much house they're actually getting at market price. Now, more than ever, buyers truly want to know what houses cost per square foot.

The median sale price per square foot for new single-family homes has increased 310% since 1980. The typical American family can expect to pay about $169 per square foot of house, but depending on where they live, that number can grow significantly.

We've already found that raises in annual income are barely keeping pace with inflation. Since 2000, the overall price of goods in the U.S. has risen by 67%. After adjusting for inflation, however, the median American household income has increased by just 7% in the same time period. That’s only 0.3% per year.

Examining price per square foot is more important than in the past because housing prices are also outpacing income. We analyzed which major metro areas are least affordable and how price per square foot has changed over time. We examined data from the U.S. Census Bureau, the U.S. Bureau of Labor Statistics, and Realtor.com. Prices and square footage are based on the most up-to-date and comprehensive data from 2021.

Compared with a more recent point in time, the rise in the median sale price of new single-family homes has exceeded the rise in median square footage by 1,705% since 2020.

The median sale price per square foot has also exceeded overall inflation by 139% in the past two years. If you've felt that housing prices have really jumped since the pandemic started, these numbers confirm your thoughts.

Adjusting for inflation, the price per square foot of new single-family homes has increased just 24.6% from 1980.

After adjusting for inflation, the median sale price per square foot for new single-family homes has increased 13% since 2005, which was the peak of the "housing bubble" in the early 2000s.

Less comforting is the fact that, even when adjusting for inflation, the price per square foot of new single-family homes has increased 11% since 2020 alone.

Generational Differences in the Housing Market

Do kids these days actually have it easier? Nope! Boomers and millennials have experienced truly different housing markets.

Without adjusting for inflation, millennials entering their 30s face a 161% higher median sale price per square foot of house than boomers at the same age. This indicates that millennials are paying more for the same amount of space in their new homes.

The high percent increase in housing prices per square foot means that the price of homes is increasing far more than the square footage. Folks living in cities that have seen large price per square foot increases are likely paying more for the same, or even less, space than in the recent past.

Trends across the 50 most-populous U.S. metros reflect this. Only three major metros — Cleveland; Memphis, Tennessee; and Baltimore — have seen price per square foot increases below the national average of 28% in the past five years.

These three cities, alongside Birmingham, Alabama, saw increases in both square footage and price.

Metros other than these four saw decreases in the median square footage of homes over time.

The 50 Most-Populous Cities, Ranked by Price per Square Foot

The 10 Cities With the Highest Price per Square Foot

California has already gained a reputation for being an expensive state to live, but the numbers don't lie. The top four most expensive cities based on price per square foot are in the Golden State.

The 10 Cities With the Lowest Price per Square Foot

The most affordable cities are spread across the U.S. That's good news for remote workers looking to move to a more cost-effective region and want several options to choose from when relocating.

Memphis, Tennessee, is the least expensive city based on price per square foot at just $92 per square foot. Known around the world for its vibrant music scene, its competitive pricing may make it a go-to city for Americans trying to survive the current housing market while also wanting to find a thriving local culture.

The 10 Cities With the Largest Median Square Footage

The 10 Cities With the Smallest Median Square Footage

Many cities with the smallest median square footage are also some of the most expensive. This observation lends legitimacy to the "overpriced closet" insult that beleaguers many smaller housing units in pricey metros.

California cities, such as San Francisco and San Jose, feature steep prices but smaller square footage on average. These are not the cities for folks who are on a budget, but rather those who are looking to really indulge and invest in smaller, but potentially more lucrative, homes.

10 Cities With the Most Bang for Your Buck

In determining which metros provide home buyers with the best value, we looked at metros where price per square foot was lower than $200 while also having a median square footage of over 1,900 square feet. For comparison, the national medians are $169 per square foot and 2,356 square feet, respectively.

We chose $200 per square foot and 1,900 square feet because they capture the medians for the 50 most-populous metros and the U.S. as a whole.

In the below list, we include only metros that fit those parameters, ordered from lowest price per square foot to highest. The South dominates, which will come as no surprise to those who have noticed a shift from bigger cities in the West and Northeast to more affordable metros.

10 Cities With the Least Bang for Your Buck

Unlike the "most bang for your buck" list, many of these cities are on the West Coast or in the Northeast.

These are the metros that fit those parameters, ordered from highest price per square foot to lowest:

Median sale prices and square footage of new single-family homes at the national level are retrieved from the U.S. Census Bureau's most recent report of Annual Characteristics of New Housing Data, which includes data from 1978-2021.

For more recent home prices and square footage, and for a snapshot of the overall market in each metro area rather than just newly constructed single-family homes, we use Realtor.com's historical housing inventory data. This includes data on the housing market that spans 2016-2021. This data set allows us to see what size homes are being posted for sale and for how much in each metro area, giving us a more precise idea of how this ratio changes over time, as well as the demand and market value for square footage at the metro level.

For an overall historical measure of inflation, we use CPIAUCSL, the Consumer Price Index for All Urban Consumers: All Items. CPIAUCSL is a measure of the average monthly change in the price for goods and services paid by urban consumers between any two time periods, made available by the St. Louis Fed.

Other Articles From Home Bay